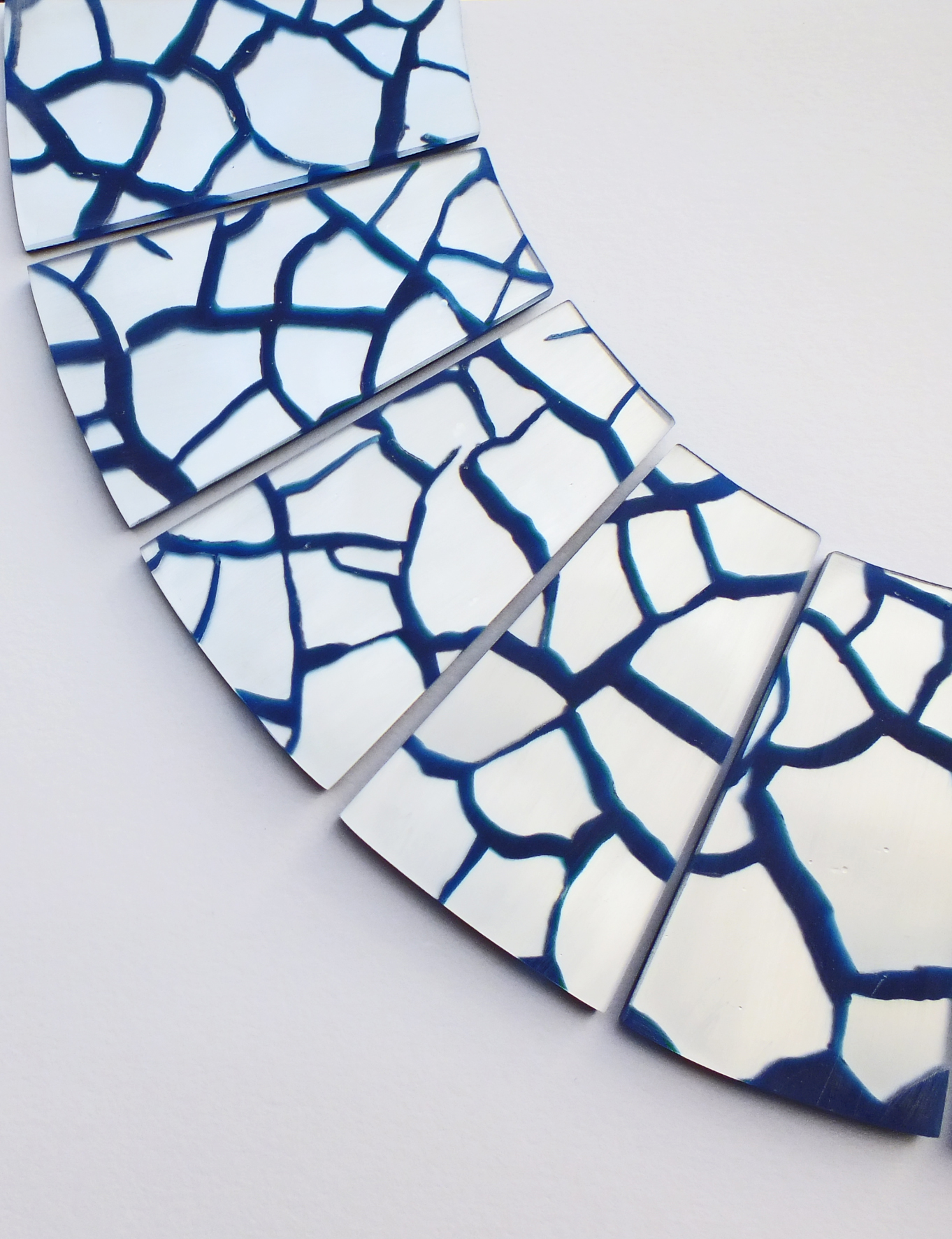 In August 2015 Jo Pudelko travelled to the US to attend Burning Man, which is held annually in the Black Rock Desert, Nevada. She returned with a wealth of information in the form of direct experience, sketches, photographs and interviews that have informed a new body of studio work.

This new collection of jewellery focuses on the human need for adornment and examines it through the lens of Burning Man. The Black Rock Desert is a flat, prehistoric lakebed, composed of an alkali hardpan, ringed by majestic mountains. Daytime temperatures routinely exceed 40 degrees, dropping to zero during the night, and the area can be subject to sudden bouts of fierce, unpredictable weather.

Jo has responded to this experience with a collection of work that can be considered as straightforward adornment, as armor, or as camouflage. The exhibition pieces display a visually eclectic mixture of resin, metal, fabric and mirrored surfaces which are large, colorful and high impact. Their creation has involved a diverse range of processes that include casting, carving, etching, laser cutting, powder-coating and sewing in addition to traditional metal working techniques.